I first learned about Timothy H. O’Sullivan while studying the history of photography at New York University in the spring of 1989. Professor Silver clicked back and forth in a slide show comparing O’Sullivan’s photograph, Ancient Ruins in the Cañon de Chelle, N.M., taken in 1873 with Ansel Adams’ view taken in 1942. 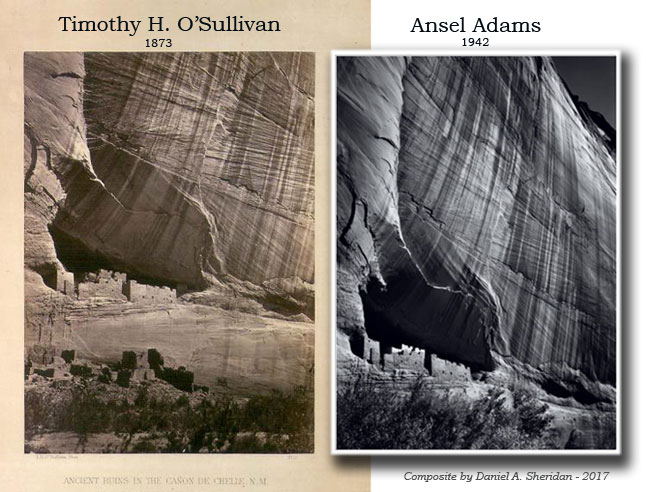 I became curious about this photographer who inspired Ansel Adams with his large-format, view camera. I then went to the Museum of Modern Art to view the photographs of O’Sullivan. At the time, I worked as a darkroom technician restoring old black and white photographs, while studying photojournalism at college.

New York University is an important place in the history of photography. This is where Brady’s mentor, Samuel F.S.B. Morse, experimented with the new discovery he recently brought back from Paris — the Daguerreotype. His colleague, Dr. John William Draper, a chemistry professor, took one of the first known portraits with a camera on the rooftop of the university at Washington Square.

Little is known about O’Sullivan. As James D. Horan states in his biography, Timothy O’Sullivan: America’s Forgotten Photographer, “There were few clues, only his name, a four-line obituary…” Though we don’t know much about Tim. What remains are his photographs.

One day after class, I stood on the corner of Broadway and Tenth, the former location of one of Brady’s Studios 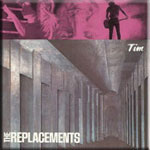 . Looking at Grace Church, I thought about O’Sullivan and his photographs. Over to the right, down the street, is The Ritz where I saw The Replacements in 1986 perform songs from their album Tim. I then decided to write a book about O’Sullivan as a young apprentice at Mathew Brady’s studio and the title would be Tim…